The synapse or “gap” is the place where information is transmitted from one neuron to another. Synapses usually form between axon terminals and dendritic spines, but this is not universally true. There are also axon-to-axon, dendrite-to-dendrite, and axon-to-cell body synapses. The neuron transmitting the signal is called the presynaptic neuron, and the neuron receiving the signal is called the postsynaptic neuron. Note that these designations are relative to a particular synapse—most neurons are both presynaptic and postsynaptic. There are two types of synapses: chemical and electrical.

When an action potential reaches the axon terminal it depolarizes the membrane and opens voltage-gated Na+ channels. Na+ ions enter the cell, further depolarizing the presynaptic membrane. This depolarization causes voltage-gated Ca2+ channels to open. Calcium ions entering the cell initiate a signaling cascade that causes small membrane-bound vesicles, called synaptic vesicles, containing neurotransmitter molecules to fuse with the presynaptic membrane. Synaptic vesicles are shown in Figure 7.18, which is an image from a scanning electron microscope. 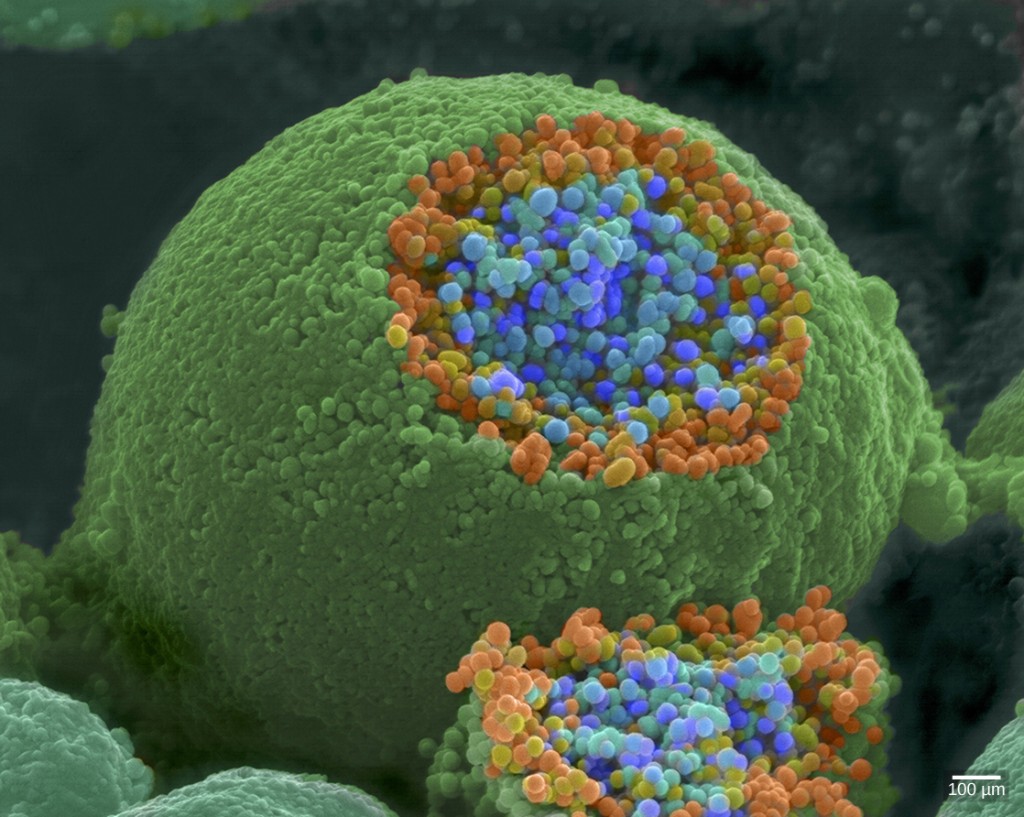 Figure 7.18.  This pseudocolored image taken with a scanning electron microscope shows an axon terminal that was broken open to reveal synaptic vesicles (blue and orange) inside the neuron. (credit: modification of work by Tina Carvalho, NIH-NIGMS; scale-bar data from Matt Russell) 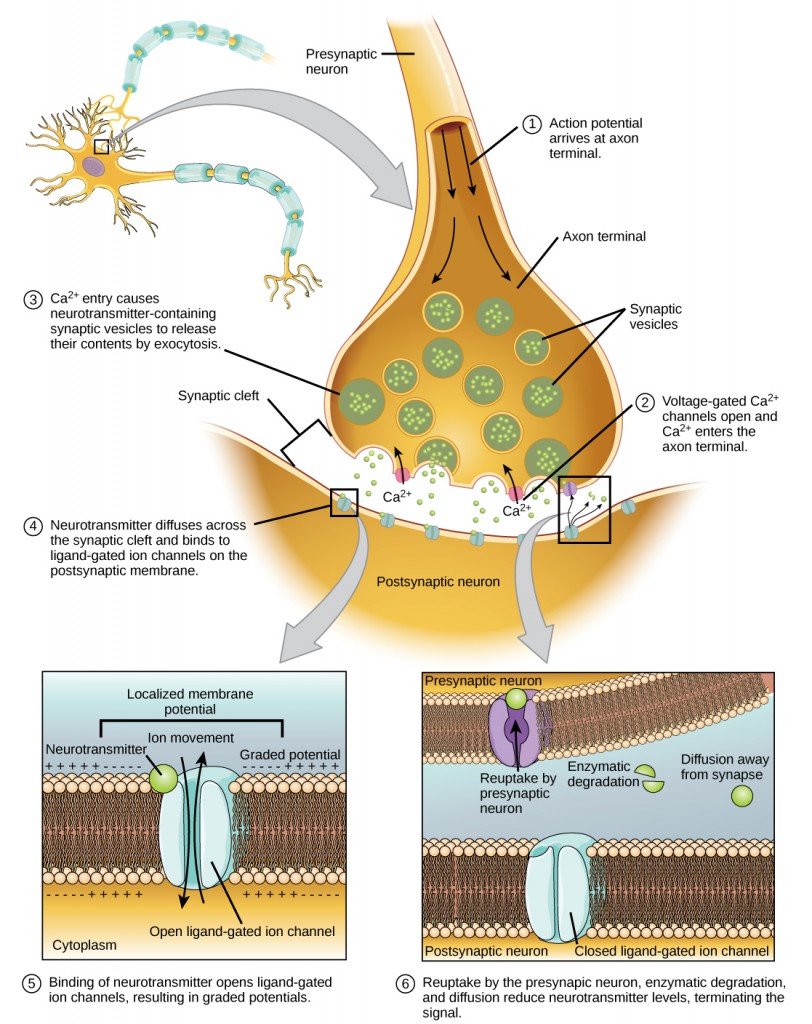 Figure 7.19.  Communication at chemical synapses requires the release of neurotransmitters. When the presynaptic membrane is depolarized, voltage-gated Ca2+ channels open and allow Ca2+ to enter the cell. The calcium entry causes synaptic vesicles to fuse with the membrane and release neurotransmitter molecules into the synaptic cleft. The neurotransmitter diffuses across the synaptic cleft and binds to ligand-gated ion channels in the postsynaptic membrane, resulting in a localized depolarization or hyperpolarization of the postsynaptic neuron. 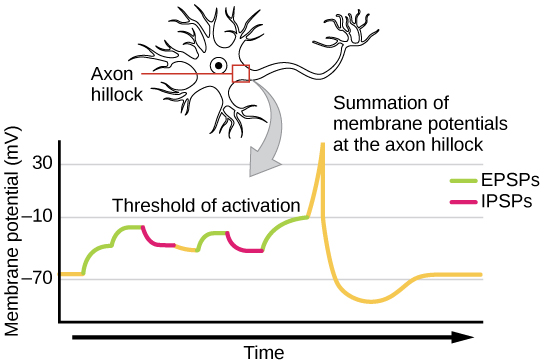 Figure 7.20.  A single neuron can receive both excitatory and inhibitory inputs from multiple neurons, resulting in local membrane depolarization (EPSP input) and hyperpolarization (IPSP input). All these inputs are added together at the axon hillock. If the EPSPs are strong enough to overcome the IPSPs and reach the threshold of excitation, the neuron will fire.

Synapses are not static structures. They can be weakened or strengthened. They can be broken, and new synapses can be made. Synaptic plasticity allows for these changes, which are all needed for a functioning nervous system. In fact, synaptic plasticity is the basis of learning and memory. Two processes in particular, long-term potentiation (LTP) and long-term depression (LTD) are important forms of synaptic plasticity that occur in synapses in the hippocampus, a brain region that is involved in storing memories.

7.3 - Synapses by Sanja Hinic-Frlog is licensed under a Creative Commons Attribution 4.0 International License, except where otherwise noted.